The history of Moscow city illumination in medieval chambers: The Lights of Moscow museum

A precious little museum is located in a very historic part of Moscow, hidden in one of the backyards of Armyanski side street.  This interactive museum is called  Lights of Moscow  and it tells  a story of Moscow house lighting and street illumination from medieval times’ whicker lamps  to modern age technologies.  The museum tour guides do an excellent job revealing fascinating facts about old times lighting, like using splits and chips to light homes (hundreds of these were needed to light a small part of a house for three hours) or magnificent 19th century illumination shows on Maslennitsa or Easter days when hundreds of thousands of cup candles were used to decorate Moscow cathedrals.

A truly unique feature of the museum is that it is housed in the 17th century boyar chambers that once belonged to Ivan Protopopov who was a Tsar stolnik (or a cup-bearer, a high-rank officer in medieval royal court). The chambers,  with their tiny windows, beautiful vaulted ceilings, secret passageways and alcoves in thick walls, are fun to explore. The exposition of the museum fits very well into these medieval interiors. Don’t miss a gift shop on the second floor! 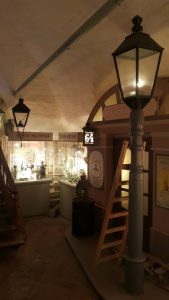 The Lights of Moscow Museum. Interiors

The Lights of Moscow Museum. Interiors and collection 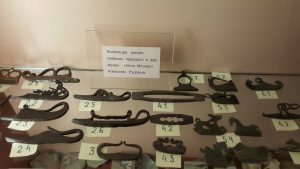 A collection of fire strikers 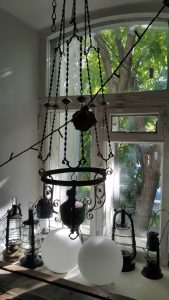 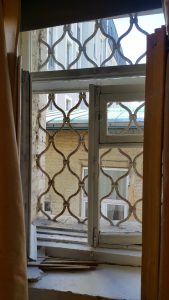