Traditions of Russian drinking: Vodka museums in the towns of Uglich and Myshkin 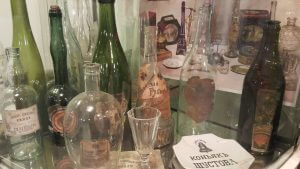 If anyone thinks today’s store-bought Russian vodka in is hardly drinkable, they’re absolutely right! But this was not the case before 1917. Traditions of strong spirits making in pre-revolutionary Russia were rich and technologies elaborate, with countless variations of sophisticated alcoholic beverages – ratafias, nastoikas, nalivkas and “erofeich” ( vodka flavored with aromatic herbs) to name a few. Each family had their own unique recipes of vodka-making. In Russian aristocratic homes, these were elaborately made following complex stages of distillation and refinement of grain alcohol and then infusing it with herbs, berries and fruit. These were then kept in a special place and slowly relished during the long winter evenings.

By far the largest and most influential industrial producer was the Smirnov House set up by world-famous Petr Smirnov in mid 19th century. This successful entrepreneur came from a small village of Myshkin county. Myshkin is a tiny town some 270 km north from Moscow, and 40 km from Uglich, another picturesque little town on the Golden Ring route. Both towns now host vodka-themed museums: Russian Vodka History Museum in Uglich and Petr Smirnov museum in Myshkin. Both have excellent collections of 19th century samples of countless drinks, from cheap, simple samogon (“hooch”)-type vodkas to sweet liqueurs, savored by ladies of Russia’s high society of the 19-early 20th cc. (alas, most of these samples are empty bottles of various shapes). Museum in Uglich also boasts a collection of over 1,000 kinds of vodka produced by 96 Russian factories throughout the 20th c. Museum guides do a fantastic job telling a story of vodka production and some of the common recipes and let you taste some of the berry and fruit-infused drinks. Don’t miss hilarious jokes and toasts of the local Myshkin star, Lyubov Gavrilovna (a staff member of the Petr Smirnov Museum), and her home-made “taburetovka” (a kind of berry-infused, very mild vodka)! 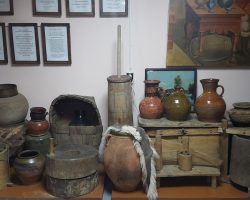 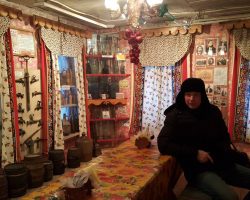 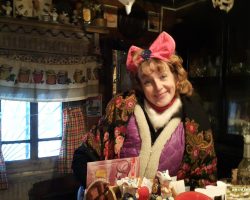 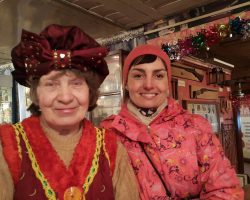 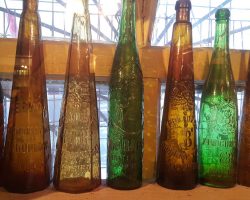 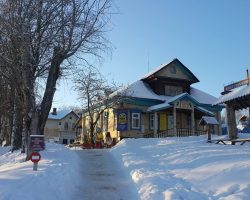 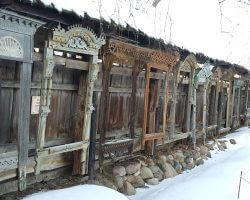 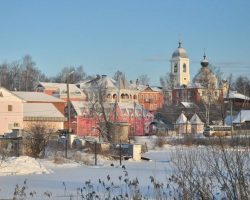 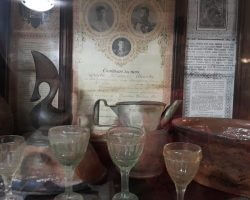 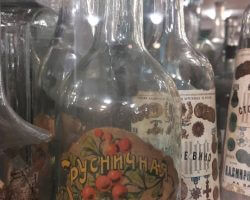