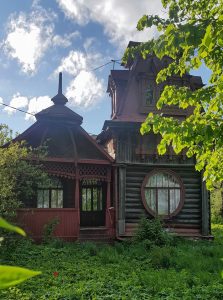 A treasure to be found just 120 km from Moscow, in Tverskaya region, is a small town called Kimry (Кимры). It is well worth a visit, most importantly, for its fantastic architectural heritage but also for its fascinating history.

Kimry was first mentioned in the chronicles in 1546. Until 1917 it officially remained a “settlement” (село), but its name was famous across Russia. For centuries, Kymri was the center of footwear making, supplying the entire country with its fine produce. The town’s craft was especially booming in late 19th – early 20th cc., and local merchants could afford to build houses that competed with each other for original design and extravagance. This was the time of art nouveau fashion across Europe, and the vogue reached this little but smug town and reflected in peculiar shapes of the wooden houses of the local men of trade.

Take a walk around the central part of the town, don’t miss the streets of Ordzonikidze, Kirova, Uritskogo, Volodarskogo, and Ilyinka, and check out these little hidden jewels of Russian wooden architecture. Alas, many of them are not in the most pristine condition and are in a desperate need of restoration. 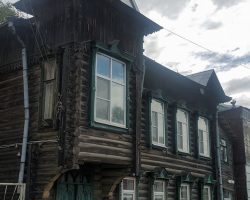 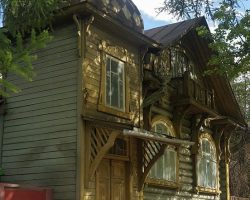 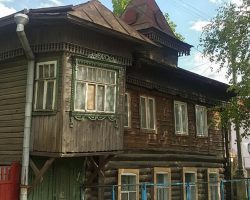 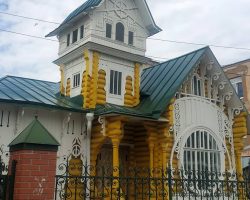 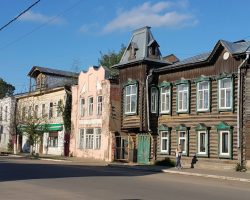 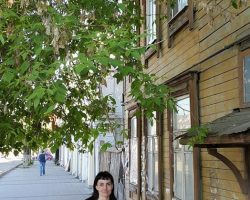 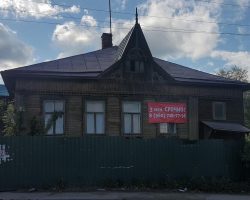