A Local Miracle: The Lion House Museum in Saratov region 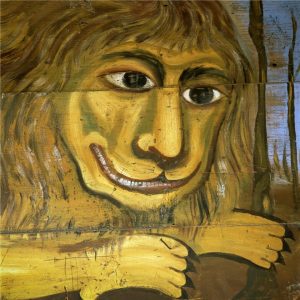 Another absolutely fascinating private museum project can be found in the depths of Saratovskaya region, a small village of Popovka (around 1000 km from Moscow). The Lion-House museum was founded by Yulia Terekhova, a passionate explorer of folk wood painting traditions. In 2009 Yulia discovered an early XX century peasant house with unique painted interiors, among them the impressive mural of a lion (supposedly representing Mark the Evangelist) . The paintings were supposedly made by an Old Believers’s master in 1910s and cover the entire walls and ceilings of the house. It is a fine example of Russian naïve folk art, a mixture of religious symbols and secular images.

This was indeed an extremely rare find as very few peasant houses with murals of such scale have survived from pre-revolutionary Russia. Yulia purchased the house from its owners and set up a private museum in 2009. In 2012 the project received a prestigious grant from the Potanin foundation which made it possible to create a the museum’s website and carry out renovation works. Over less than a decade the museum has gained quite a reputation for itself, and has become a major local landmark. 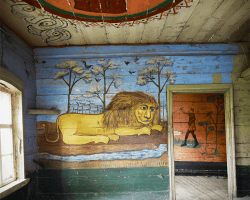 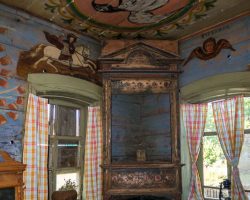 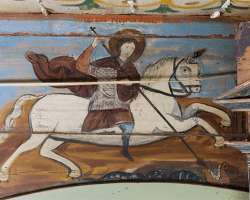 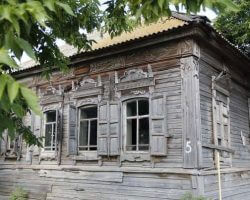