Wooden Masterpieces of The Past: the Kostroma Wooden Architecture Museum 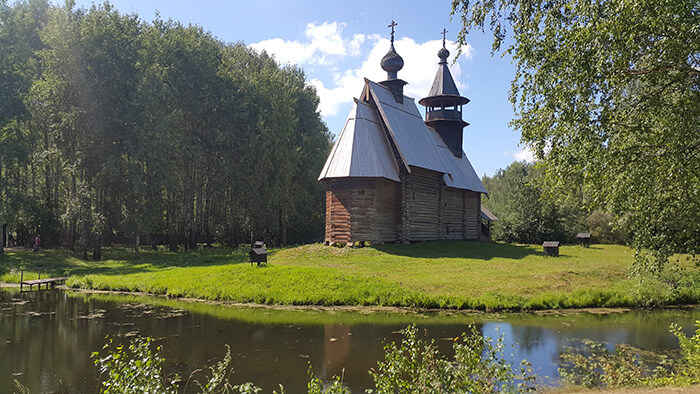 The town of Kostroma in Kostromskaya region has been a place that I have harboured a deep desire to visit for quite a while. Its picturesque streets and cozy sidewalks on the bank of the Volga river were the settings for many of my favorite books and movies. This is where Ostrovski found inspiration to write his heart-stirring Snegurochka, or Snowmaiden. However, its distance from Moscow (some 330 km) was always somewhat of a turn-off, and as I am not the most enthusiastic driver, it took me years to finally get here. And let me tell you, it was worth the ride!

I take profound interest in Russian wooden architecture (and traditional world architecture heritage, for that matter) and keenly explore open-air museums wherever I can find them. The first such museum was set up in Sweden at the end of the 19th century, when Arthur Haselius decided to bring together traditional buildings typical of different aspects of Sweden and ethnic groups in one place. The museum was called Skansen and this is now a generic name for museums of such type. There are several open-air museums of wooden architecture in Russia, some of the most well-known include those in Kizhi, Irkutsk, Velikiy Novgorod, Tomsk, and Suzdal. The Kostroma museum, with its size and variety of sample items, certainly stands out. This museum, also known as Kostromskaya Sloboda (The Kostroma village) was the chief destination of my journey.  So far, it has been one of the best museums of this kind that I have been to, including the aforementioned Skansen in Stockholm and the open-air museum in Tbilisi, Georgia. 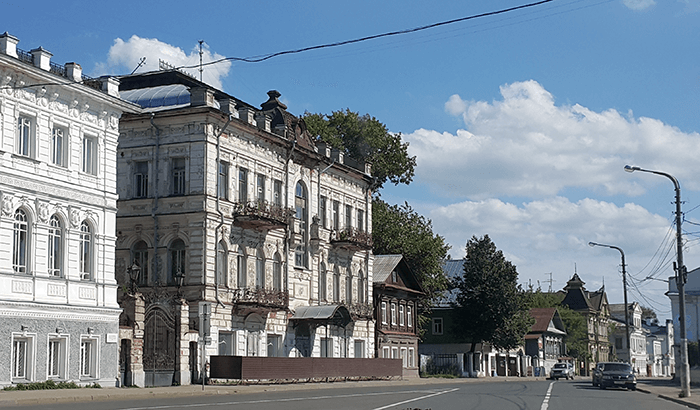 The museum was officially founded in the 1960s. It brings together unique pieces from different regional villages and of different times, and the most ancient item, the church of the Most Holy Mother of God, is dated 1552! They are all clustered around a small river Igumenka, imitating an old village. Among the many samples are peasant log huts, spacious and lavishly decorated merchant houses, bath houses on piles, windmills, tiny ancient chapels, storehouses, and a forge.  It’s only when you see these peculiar shapes that so many questions come to mind (why such forms? What’s the purpose of this or that element?) and you begin to realize you know virtually nothing of your past and that the life of our ancestors is often a closed book.

The museum site is very large and it can take you hours to fully explore it, considering that most houses and chapels have reconstructed interiors that are a must to see. It also hosts craft centers where you can attend workshops (e.g. pottery or basketwork) and get some excellent-quality crafts.  I was overjoyed to see such thriving museum in the Russian province, with lots of activities to engage in for tourists.

Once you start talking to the museum staff, however, the picture becomes less glossy and you soon realize that this precious, one-of-a-kind heritage center deals with typical Russian challenges: corruption, fecklessness and slackitude, and poor management. As we were passing beautiful old windmills I noticed some of them were missing their fan blades. I asked the person on duty what happened to them and he readily told us there had been a bad storm some two year before, which did much damage to the museum and tore off the fan blades from the windmills. These haven’t been restored… in over two years! My next question was about a church that looked brand new and not at all an original. Another assistant explained there had been a fire a few years earlier and one of the museum’s rarest samples, a 17th century wooden church, burnt down! A while ago they finished the reconstruction works, but instead of reconstructing the original, they replaced it with a new-build replica. On top of that, the guard confided that they had really cut corners and hired unqualified renovators which resulted in the State Committee not accepting the work.

This inevitably makes you ponder over the fate of this precious ethnic heritage. If the future of these fragile pieces cannot be fully protected in an actual museum, what about those falling apart in thousands of Russian villages and settlements?  But for the time being, you can admire these masterpieces of the past, these strange and delicate beings in a beautiful nature setting.

If you are staying in Kostroma for more than a day (which I strongly recommend) I am happy to give an accommodation tip. I enjoyed staying in an enchanting hotel compound called Berendeyevka (named after the fictional Russian village in Ostrovsky’s Snegurochka) – just a ten-minute drive from the town center and you find yourself in a pine wood standing on a small lake, with fairy-like houses spreading over the territory. You can choose a house of a boyar (the deluxe option), a merchant or a commoner. Another plus is its restaurant, God bless its chef, who prepares a decent variety of Russian and European dishes made of  top-quality ingredients.

Last but not least, since Kostroma is also the home town of Snegurochka (the granddaughter of and personal assistant to Father Frost), it now hosts her official residence, the ice chamber palace, which offers lots of festive activities for children and adults around New Year and Christmas time. Book early!

Where: Prosveshenia street 1A, Kostroma Russia 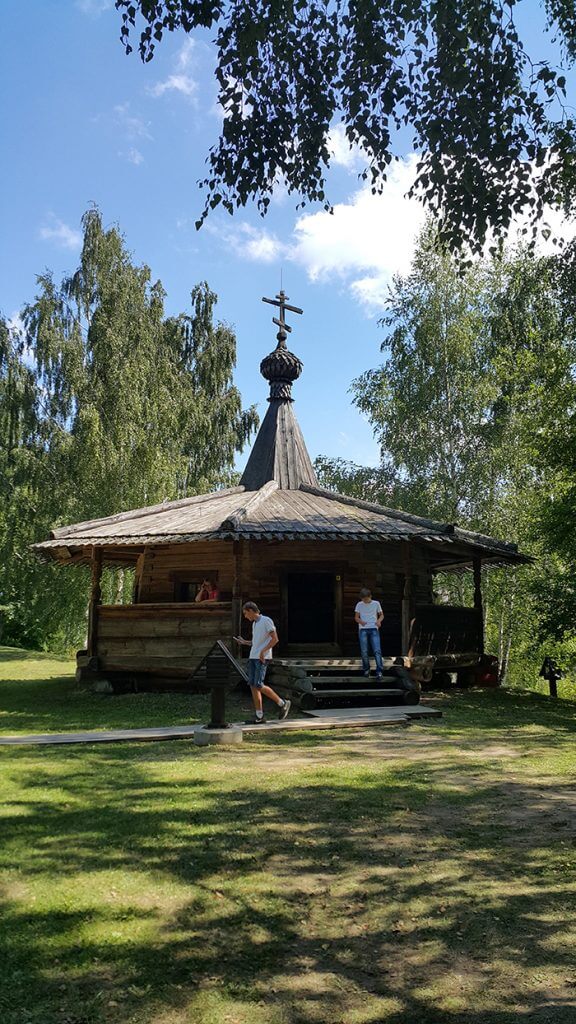