The Town of Kolomna: A Creative Cluster in the Moscow Region

Those who wish to experience a little of a more provincial Russia and immerse in its cozy atmosphere will love Kolomna, an old town 100 km away from Moscow. It is ideal for a one- or two- day visit. The town is relatively small but its cultural life is thriving. It hosts an entire cluster of fantastic small museums, most of which happen to be private, set up by passionate admirers of Russian heritage and crafts. Besides the well-known Pastila (Marshmallow) Museum and Factory, many more deserve your attention, namely: The Blacksmith Quarter (Кузнечная слобода); The Museum of flax and female crafts (Музей льна и быта русской женщины); The House of Samovar (Дом Самовара); and The Soap Shop&Museum. Together, these interactive museum projects form a fascinating creative cluster with unique collections, enthusiastic owners and guides, and fantastic souvenirs. 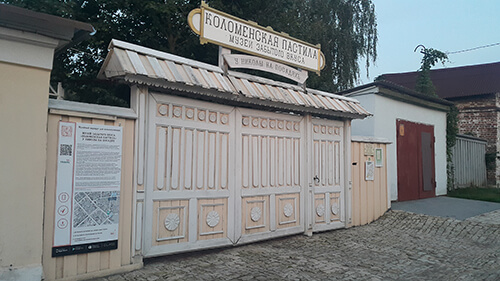 The story of this fantastic project, an innovative living museum which promotes the town’s heritage and traditions, is unusual. It was set up as a private museum by Natalia Nikitina, a former music teacher in 2009, with the goal of reviving the long-standing tradition of Kolomna’s marshmallow-making. In the 19th century, this thriving merchant town was one of the leading centres of pastila (marshmallow) production. The Chuprikov merchant family established their first factory in Kolomna at the beginning of the 18th century. Pastila used to be a very popular product in pre-revolutionary Russia and was even exported to Europe. Production ceased after the 1917 revolution, and the traditional unique recipes were lost for almost a century. The owner’s idea was to revive the original recipes of marshmallow-making in the heart of its home town.

The recipes were restored through archive work. The Kolomna pastila is completely organic, made from fresh apples with added natural flavours (raspberries, strawberries etc), and it really does melt in your mouth. The product was promoted in regional and federal media, rapidly gaining popularity, which resulted in the opening of this one-of-a-kind living museum ‘of forgotten taste’. The museum is an award winner of the ‘A Changing Museum in a Changing World Program”’ award (Vladimir Potanin Foundation), as well as a special prize holder of the European Museum Forum 2012.

The Kolomna Pastila Museum is a perfect example of an innovative cultural project: it offers interactive shows with pastila tasting from the 19th century, complete with reconstructed interiors of a cozy wooden house located in the heart of Kolomna, and offers insight into the traditions of pastila-making and the 19th century lifestyle of this merchant town. Its highlight is its gift shop with very tastefully done souvenirs – pastila wrapped in old-style boxes which are a hit with visitors. The museum features tours, tastings, music shows and plenty of other activities.

The Museum is tripadvisor recommended. 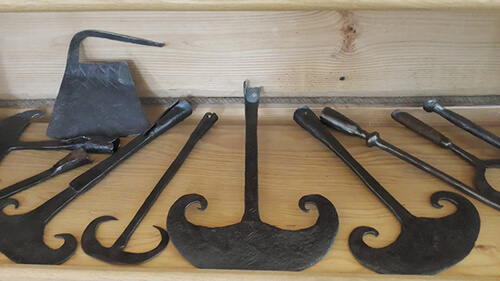 This museum was set up by a local blacksmith and a passionate collector of traditional forged pieces, Ilya Lebedev. The museum is made up of a forge (where you can take part in a smith craft workshop), an impressive collection of forged pieces, and a gift shop. The vast collection numbers over 10,000 forged items, from ancient chain mails, armour, church items, hunting and fishing gear (hooks, harpoons, traps etc) to various household articles including forged sleighs, cabbage knifes, elaborate locks and many other fascinating items. The museum guides do a fantastic job telling insightful stories about the craft and the long-gone life traditions. 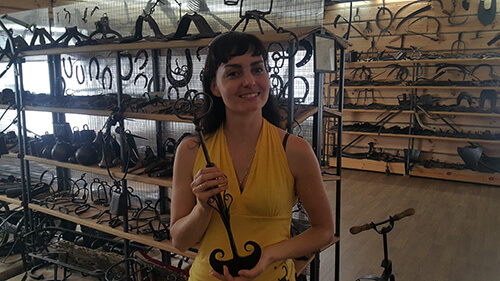 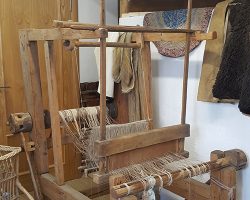 This cute little museum sits next door to the Blacksmith Quarter in a traditional Kolomna house.  It hosts a collection of ancient flax (linen) items including late 19thcentury holiday clothes; traditional towels, table cloths, as well as multiple household items associated with flax and linen-making craft. The collection is a joy to the eye and provides a glimpse of numerous jobs involved in the growing of flax and making of linen cloth, from rough canvas and ropes to the finest fabric, which in the 19thcentury was much in demand in Europe. For a little extra, you can have a photo shoot in traditional linen clothes and enjoy a Russian tea ceremony. Don’t miss the gift shop where you can get fine linen clothes as well as organic food products made from flax seeds and flax-seed oil. 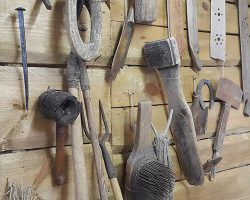 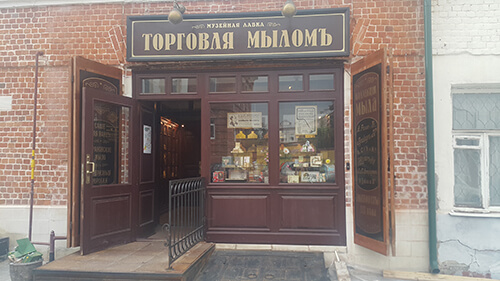 This tiny museum hosts a beautifully arranged exposition of Russian soaps and perfumes of the late 19th– early 20th centuries, including those produced locally. In the near future, interactive educative programs will be conducted for children and adults acquainting visitors with the traditional soap-making process and the history of the craft. The museum’s highlight is a fantastic selection of fragrant fully organic soaps (both dry and liquid), scrubs and perfumes made following traditional recipes.  A job well done! 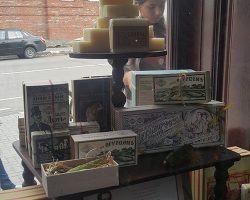 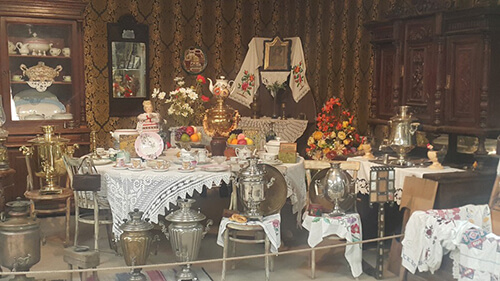 Last but not least is an absolute must-see for all lovers of tea traditions, the Samovar House.  Founded and funded by local residents, the Burov family, this museum hosts one of the biggest collections of samovars I’ve ever seen. The collection embraces over 500 samovars of different  shapes, sizes and purposes, dating from the late 17th to the early 20th century. 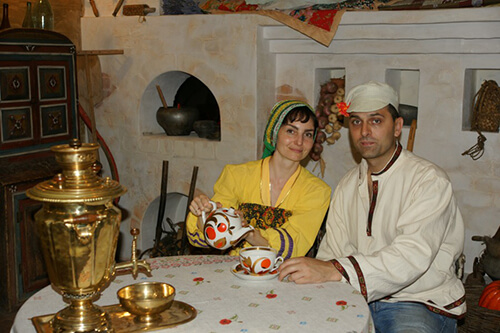 All items were purchased and restored by the family itself. Among the highlights are a 250 year old sbitennik  (the samovar’s ‘ancestor’ used for keeping sbiten’, a traditional hot honey drink)  and the huge barrel shop samovars, as well as a number of oriental samovars. A traditional tea ceremony is a must!  A photo shoot in traditional Russian costumes is much recommended! 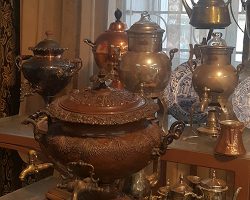 Kolomna is about a two-and-a-half-hour drive from the centre of Moscow unless you go on a summer weekend when it could be considerably longer. There an express train from Kazansky train terminal and it takes less than two hours to get there by that train. There are also buses going there from Kotelniky tube station (ed and Sergey Vasilkov).